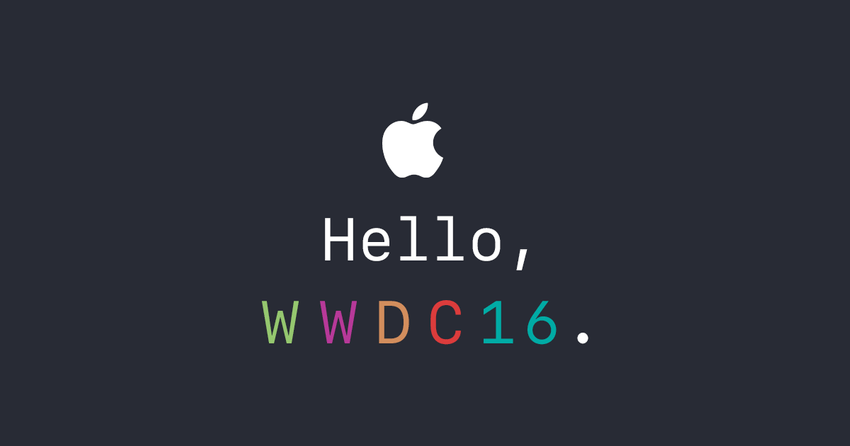 With WWDC 2016 just right around the corner, here are products I think (and hope) we will see during the keynote on Monday:

There have been a lot of rumors (and evidence) regarding the name change of OS X since all of Apple operating systems use the uncapitalized-name-followed-by-‘OS’ convention (i.e. iOS, tvOS, watchOS). So it only makes sense that they would change OS X to macOS (or MacOS) to make their OS lineup's branding style more consistent. We hear people mispronounce OS X as "oh-es-EX" all the times when it is supposed to be "oh-es-TEN.” But we really can’t blame them because who uses Roman numerals on a regular basis anymore?

Now there is a debate going on between macOS and MacOS. Personally, I prefer macOS because it’s just more consistent and MacOS looks like it’s a typo of Mac OS, because that is what they called it before rebranding it to OS X. I understand that they might want to capitalize the word “Mac" for trademark reasons and what not but I’m hoping that they would just go with macOS. It just looks better, in my opinion.

As far as the name for the next version goes, I believe they will continue with the same naming convention after California natural landmarks. So… macOS Half Dome? macOS Red Wood? Or maybe just drop it and go with macOS 11?

iTunes is in a dire need for an overhaul. It has become so dreadful for me to have to use it from time to time. It is too clunky. It tries to do too much in one app. And it doesn’t even work that well. Perhaps, breaking it down into different apps for Apple Music, iOS devices syncing and backing up, and iTunes Store could solve this problem.

A more universal dark mode that is not only for the menu bar and the dock, but also for apps like Finder or Safari, would be nice. I really wouldn't complain if that's all they add for 10.12.

Siri is heavily rumored to be coming to the next version of OS X, which I personally would never use. I really can’t see myself talking to my Mac asking for stuff or launching apps when using Spotlight already lets me launch apps, search for files, do maths or unit conversions very quickly. But who knows, maybe they came up with a really interesting implementation that will make me want to use it.

I do hope that Apple would release the Siri API to developers as a part of iOS 10 SDK. I think this would really drive the usage of the feature. For me, the reason why I rarely use Siri is because its lack of support for third-party apps. If they choose to give developers to tools to integrate Siri into their apps, this year’s WWDC would be a perfect stage to do so. It’s been a long time coming. Apple usually loves releasing APIs to developers such as CloudKit, HomeKit or HealthKit, I don’t know what is stopping them from doing the same thing with Siri.

By this I mean a speaker with a microphone that sits in your living room and always listens to you. This would be a direct competitor to Amazon Echo and the upcoming Google Home. Honestly, I am a bit skeptical on how well they can improve Siri given the competition. Apple is not a company that is known for their expertise in machine learning unlike Google. I mean, look at how bad the search feature on the App Store is (but then there are also rumors that improvements are coming). Also, their firm stance on customers' privacy and data collection only makes it more difficult for them to improve on such feature that heavily relies on user data. With all that said, I trust that they will find a way to do so without compromising their views on privacy, and hopefully surprise us all.

I think the watchOS will see quite a significant update since they did not announce a new Apple Watch during their spring event. One single most important thing they need to address with the new watchOS is the load time for the watch apps. These apps take forever to fetch the data, even those not required network connection. With watchOS 3 (or perhaps, Apple Watch 2), I hope that they somehow find a way to let the watch directly fetch data without having to rely on the iPhone to download it first and pass it along to the watch.

Another thing I think they should add is to allow developers to create custom watch faces. We have this smart watch technology, I don’t want to be stuck with the mimicking of a circular mechanical watch face or simple digital time-telling. Since it was shown off to the public almost two years ago, the Apple Watch has not received a new watch face and now it really needs some fresh ones. Of course, these third-party watch faces will have to be approved by Apple just like any other thing but the possibility of some developers coming up with new and clever ways of telling time is a very intriguing prospect.

And one more thing: Maybe it’s time to get rid of that clunky, honeycomb home screen design that makes it an impossible task to look for apps. I just hope that they are not too proud of it to change that. 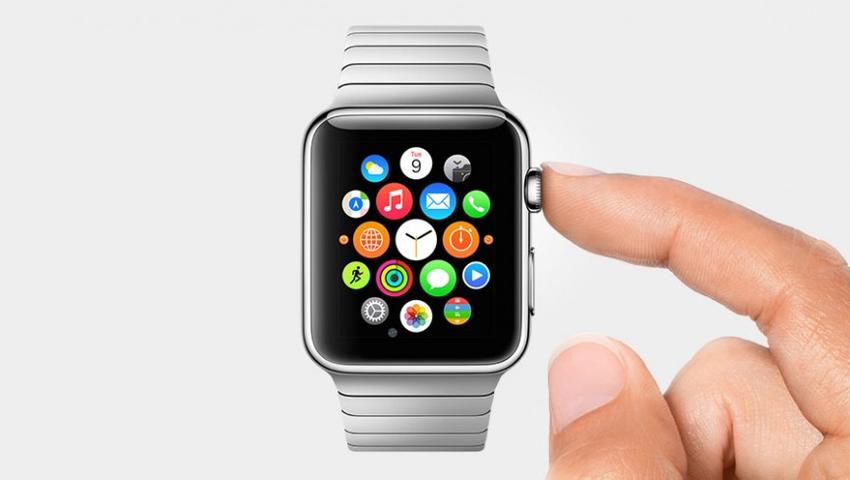 The last time the MacBook Pro lineup received a significant upgrade was more than two years ago. So it is safe to say that a big upgrade is definitely coming. Though I hope that they would announce it during WWDC, I am not holding my breath for it since WWDC tends to be more about software. On the other hand, I wouldn’t say it’s impossible since they have announced a lot of hardware during WWDC in the past including the retina MacBook Pro itself as well as the Mac Pro. Considering that all of Apple’s third-party developers have to use Macs, it would make perfect sense if they plan to announce one during the keynote.

The new retina MacBook Pro is rumored to feature Intel’s new microarchitecture, Skylake, which improves the performance and reduces power consumption. Now this might be the reason why we will see a change in the form factor with this new model since they can make it thinner while not sacrificing battery life. And we all know how much Apple loves making their products even thinner and lighter. Personally, I would not mind them keeping the same form factor and just increase the battery life instead.

AMD’s upcoming Polaris GPU is also expected to be featured in the high-end 15” retina MacBook Pro. However, the company said the GPU would not be ready until Q4 of this year, so that might be a reason why we won’t see a new MacBook Pro next week.

Another big rumor floating around is the OLED display panel that will be replacing the row of function keys. At first, I was not so sure how this will work since we rarely look down to our keyboards anyway when we type, and to have a touch surface instead of physical keys might not work as well either. However, this recent concept rendering by Martin Hajek made me think that this might actually be a really cool feature. But we'll just have to wait and see. 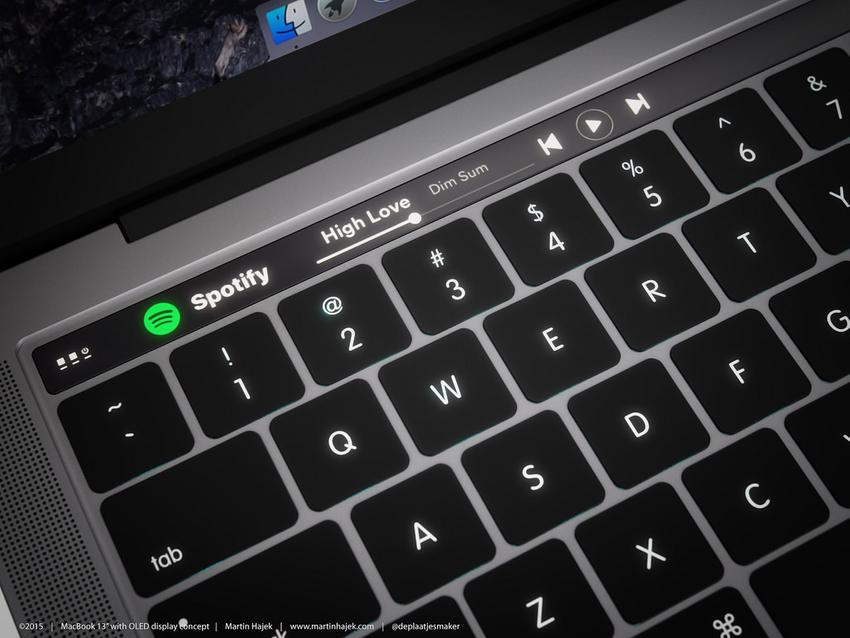 According to Swift.org, Swift 3.0 is expected to be released “sometime in late 2016” so I believe it’s possible that we would see some sort of a preview for that. This is a developer conference after all. But since Swift become open-source last year, the announcement would not be that exciting given that we already know what new features of the language are. However, if they choose to have maybe a slide or two for Swift, they would probably only highlight a few important features and changes such as the Swift Package Manager that will also be available for Linux and Darwin, Swift Core Libraries, more imported Objective-C APIs, and some refinements to the language including the removal of ++ and -- operators, and C-style for-loops.